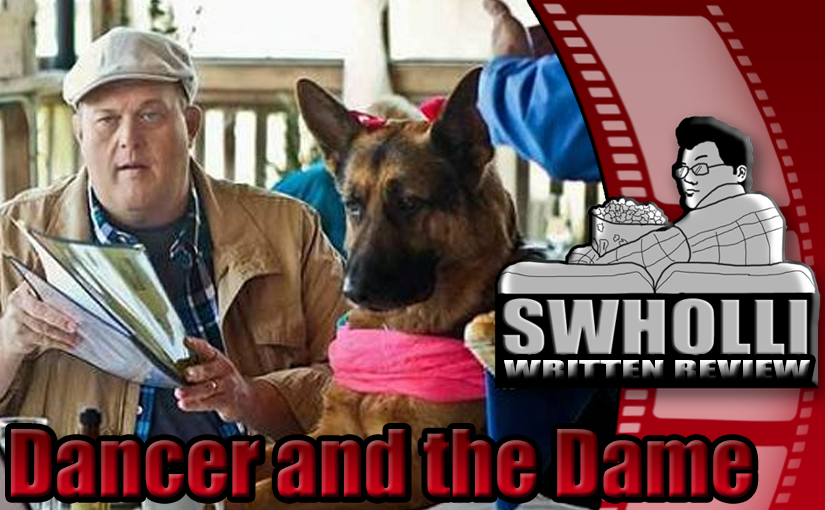 Oh Pure Flix, what even are you?

About a year ago I did a video review on a Pure Flix film called God’s Not Dead, a cinematic train-wreck I was unfortunate enough to subjugate myself to.

For those not familiar, God’s Not Dead told the story of a religious zealot college student who, after choosing not to deny his faith in front of his peers, attempts to convert his entire class to Christianity before his mean, atheist professor did the opposite. It also included roughly a dozen other cast of characters besides these two, and it was so wholly (not holy) confusing that it went down as possibly one of the worst film of all time for me- and no, it had nothing to do with the fact that it was a movie about faith, it was just terrible.

So I had always assumed Pure Flix was just some distribution company that made religious “lifetime movies” with a budget larger than even Lifetime Network would ever think of providing. I later learned that Pure Flix is actually just a digital distribution platform, much like Netflix or Hulu, and just like Netflix or Hulu they’re creating in-house entertainment to provide for subscribers.

While God’s Not Dead did see a theatrical release and its upcoming sequel God’s Not Dead 2: He is Surely Alive is also slated as such, there are those films that slip between the cracks and are unceremoniously spat out onto the front page of Pure Flix’s site. Dancer and The Dame is one of those films.

Dancer and The Dame is trying so desperately hard to be a film noir. Except, like any other good film noir would do, there are actually very few scenes shot at night or in shadows nor is it a dark story, so there goes the noir; and on top of that, the story is dismal and all of the actors are clearly phoning it in, so there goes the film.

So then what is this “movie” about? Well, by all technical means, it is at least a “motion picture,” as there are pictures and they are indeed moving. But then I could also say that about home videos of my cousin’s five year old daughter’s babbling. Wait, sorry, that’s a disservice to my cousin’s daughter, at least she’s actually engaging.

Our not-film not-noir opens with our protagonist Rick Dancer, played by Billy Gardell, most well known as the actor who is not Molly in the television show Mike and Molly. Which, though I don’t watch the show personally, I am aware that he plays a cop on that show as well. Apparently Billy just can only score one kind of role, and that’s the fat, comedic cop. He’s easily becoming the white Reginald VelJohnson.

Dancer is a detective on suspension and is stuck working the desk, passing out documents from the mail room. He’s made some mistakes on a previous case and as such is not held in the highest regard as he once was. Suddenly, he’s interested in a case again. The little local shop he visits has been burglarized, and the owners’ son is put into a coma. Though he’s a desk cop, he vows to avenge their son and discover the real perpetrator. It turns out that he’s highly suspicious of the man who he got in trouble investigating in the first place.

Now I don’t know police protocol that well, but I do enjoy watching Law and Order, and I know that a cop working the desk has no jurisdiction working a case he was not assigned (or let alone a case that the department even deemed worth investigating). Not only that, but he’s going around flashing his badge as if he’s a bonified field officer.

So then we’re introduced to our other main character, K9 Officer Princess. In this universe, even dogs are legit cops, and as such, I have no question in thinking that if Dancer allowed her to, Princess could even make arrests all by herself- no human needed. Princess is suffering from PTSD after her former partner and master was shot in the line of duty while doing a bust on a bad-guy. Though he’s in the shadows the whole time, it’s heavily implied that it’s still the same guy that Dancer was originally investigating.

Really, if you weren’t able to deduct that Skanz (the evil businessman type character we’ve been following this whole time) was the bad guy, then perhaps actor (who, if you’ve seen God’s Not Dead, is also in that) David A. R. White’s cheesy, over-the-top, cliched performance as the Mr. Imma Badguy Skanz would help cement that in. If this not-film not-noir’s not-mystery is too heavy handed for you, then I’d definitely suggest you turn the movie off now.

Dancer befriends Princess quickly, and he even begins talking to her in flat-out english without even once thinking that’s remotely a weird thing to do. Mind you, I don’t mean the usual talking to pets kind of dialog, I mean he addresses her as if she were just another officer and expects her to understand him. Not only that, but whenever she whines, barks, or ruffs at him, he answers as if she were speaking english too!

Ultimately the plot at this point is so ham-fisted and predictable that talking about it in any further detail will just make it sound like I’m talking down to you. So I’ll give you the very-much abridged version.

Dancer uses his skills as a cop (I use the term skills lightly) to solve the case and link Skanz to all the previous crimes he was originally linked with. However, due to unforeseen circumstances and the FBI, he has to turn in his badge before he can. His chief, who saved him from getting fired the first time Dancer messed up, tells him that he’s got one lifeline (meaning the chief and the rest of the force waiting as backup, even though Dancer is no longer a cop) and that he should finally take down Skanz, cop or no cop. Dancer and Princess succeed and Skanz is sent away to jail. They both receive medals of honor from the police force and are both reinstated as detectives as well as newly formed partners.

The film ends with the idea that there could potentially be a sequel in the works. If this were any other movie, I’d say I highly doubt it, but given the crap Pure Flix tends to produce in the first place, I wouldn’t be surprised in the least.

That’s not just a euphemism or something, I meant it literally: Dancer and The Dame was supposed to be a comedy. It was written by a guy claiming to be a comedian, Tommy Blaze, and was marketed as a family-fun comedy cop flick, parodying film noir, I guess. Well, it does none of those things. It doesn’t make you laugh, and it certainly doesn’t make you think.

What gives with all these family movies banking on dogs (or just animals in general), anyways? Was Turner and Hooch really such a timeless classic to base our model of film making on? Did Every Which Way But Loose really do so well that we should continue making animal movies? Are the Air Bud films really so riveting they deserve to be immortalized in continuous knock-offs such as this?

Well, no, frankly. The “so-and-so human pairs up with a lovable [insert animal]” formula hasn’t worked ever outside of the occasional children’s media. Babe doesn’t count because while not only is Babe a good film, but it’s barely about people. Scooby-Doo is the only dog in particular who comes to mind as having been successful, even in live action form, but that’s because Scooby-Doo can talk.

Dancer and the Dame is such a mediocre film that I wouldn’t even recommend it to it’s targeted demographic, which is very clearly babies. Not even babies would enjoy this film.

In fact, I think I can end it right there. Just slap that tagline on the poster and call it a day. 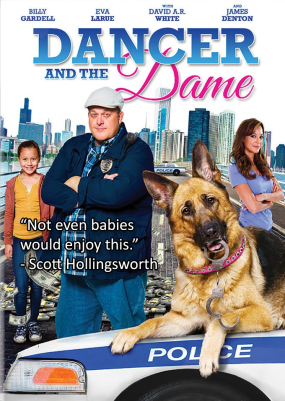 I’d write more, but I think that really sums it all up. I do not recommend this feature one bit. If you can’t tell, I was revved up to write a really in depth expose, but lost steam way too early on. I apologize for not being more in depth than I usually am, but I guess that in itself is another criticism of this film. I’m someone who goes really deeply into an analysis when it comes to movies. I love that sort of stuff- and even I can’t bring myself to write more than the above. Hopefully by next Tuesday I’ll have seen some better movies.

Knowing the kind of movies I tend to see when writing a review, probably not.

Oh, and if you were someone who thoroughly enjoys religious media (I mean, hey, even I like Ben Hur or The Tend Commandments) and were intrigued when I mentioned Pure Flix, I can tell you Dancer only prays to God once in the entire film. The rest of the film is so secular you could show it to Stephen Hawking and the last thing he’d take offense to is the prayer scene. Which is because he’s an educated man and he’d be more offended that you showed him something that caused him to lose brain cells.